Why dieting makes you fat 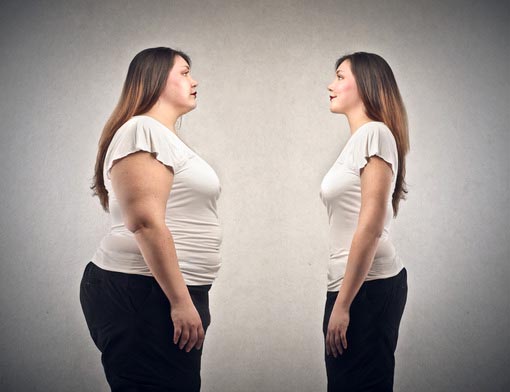 It’s an addiction to insanity in our culture, one of the most overfed populations in human history — the weight loss diet.

Despite plenty of scientific evidence that diets don’t produce lasting results for most people and despite countless numbers of dieters, most of them women, thrown into a lifetime of damaging despair, low self-esteem, and self-hatred thanks to failing diets, our culture still blindly adheres to the low-calorie diet as the panacea for all life’s problems, including those extra pounds.

The reality TV show The Biggest Loser provided the perfect high-profile platform for scientists to showcase what millions of Americans have learned the hard way: diets make you fatter in the long run.

Why dieting makes you fat

For most of our species’ history, meager food supply and bouts of famine have been the norm. As a result, the body prioritizes conserving fat and energy through altering its metabolism and fat-storing hormones.

Eating fewer calories to lose weight significantly slows your metabolism and causes you to regain the weight quickly and easily. The body will fight for years to get back to its previous set point. Contestants on the Biggest Loser learned they now burn between 400 and 800 fewer calories six years after their televised weight loss journey. In other words, they have to under eat just to not continually gain fat.

Diets also skew levels of leptin and other satiety hormones. These hormones control hunger and food cravings. All of the show’s contestants had normal levels of leptin prior to losing weight. After losing weight their leptin levels plummeted to near nil. A follow-up study showed after they had regained the weight leptin levels were at about half of original levels. Other satiety hormones were also out of range.

The weight loss program The Biggest Loser contestants were put on not only ultimately damaged their metabolisms, it was unrealistic, tortuous, and exhausting. Contestants ate too few calories and exercised many hours a day, needing to quit their jobs to meet the weight loss demands. Maintaining the weight loss required exercising two to three hours a day and continued under eating. They were also left with mounds of loose skin.

Understand how the body works to lose weight

Fortunately, sustainable weight loss is possible for many people who understand functional medicine approaches to metabolism, satiety hormones, and the effects of stress and inflammation on weight. Unfortunately, those who have lost and gained weight repeatedly during their lives will have a bigger battle. It is also important to manage underlying causes of weight gain, such as emotional and addiction issues, PTSD, and chronic stress. For instance, one study showed many overweight women have been sexually abused as children.

Although portion control and regular physical activity are important, so too are managing the types of foods you eat. For instance, processed carbohydrates and sweets trigger the mechanisms that cause cravings and weight gain. On the other hand, consuming ample vegetables can alter the composition of gut bacteria in a way that fosters weight loss. Eliminating foods that are inflammatory, such as gluten in the case of gluten-sensitive people, can reduce stress on the body, thus facilitating fat burning.

And lastly, ditching the self-loathing and shame that accompanies diets can also reduce fat-promoting stress.

Ask my office for ideas on how to release weight in a way that is sustainable and healthy for the body.