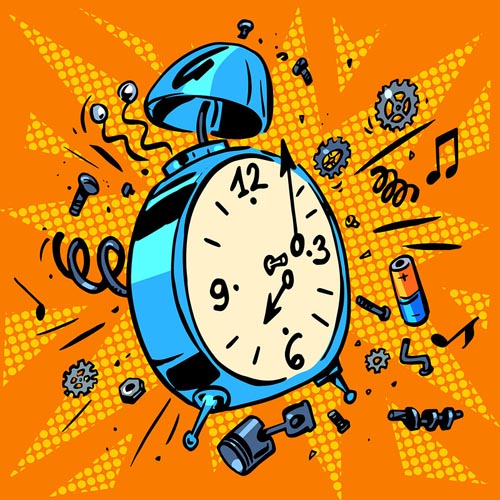 We all want enough sleep so we’re less cranky and more alert. We want it for our kids too. But recent research found an even more important reason: Sleeping less than six hours a night for one week can lead to more than 700 changes in the way our genes behave. Among these are genes that regulate stress, our ability to fight disease, our sleep-wake cycles, inflammation, and aging.

Sleeping less than five hours a night has also been linked with greater risk of death.

Researchers are increasingly sounding the alarm about the ill health effects of early mornings. They suggest elementary school start at 8:30, middle and high school at 10 a.m., and university classes at 11 a.m.

These wake up times better match the body’s natural circadian rhythm, or sleep-wake cycle. Early starts are particularly onerous on youth because sleep is when they develop mentally, physically, and emotionally. Sleep deprivation can also be fatal as sleep-deprived teens are more likely to get in car accidents.

One study found British students were losing an average of 10 hours of sleep a week, making them more deprived than doctors on a 24-hour shift.

Another study of 900,000 children globally found American youth are the most sleep-deprived.

Most workers should start the day at 10 a.m.

Children and teens aren’t the only ones who should start the morning later. Research has also found early work times are not in sync with the internal clocks of working adults in their 20s and 30s.  In fact, the nine-to-five day is best suited only for children under 10 and adults over 55.

Meanwhile, young people between the ages of 14 and 24 are the most sleep-deprived group of any age sector. This translates to a more drastic impact on gene expression that can raise the risk of various health disorders.

Although our body clocks may be more in tune with later wake times, poor habits play a role in sleep deprivation, too.

Adults and children are on their smart phones and tablets late into the night, not only forcing themselves to stay up too late, but also over-exposing their internal clocks to too much “artificial daylight.”

The blue light emitted from LED screens used on smart phones, tablets, computers, and LED televisions are similar to the daylight.

This suppresses the release of melatonin, the sleep hormone, while keeping the adrenal hormone cortisol active. The result is insomnia and poor sleep.

It’s important to limit screen time at night. If that seems like too much to ask, wearing orange tinted glasses can limit the blue wavelengths from entering the eyes and induce evening sleepiness.

A small study of Swiss teen boys showed they felt significantly more sleepy at night after wearing the glasses at night for just one week. Also, apps for your devices such as f.lux reduce blue wavelengths emitted from your screen as the sun goes down, resulting in less eyestrain and better sleep at night.

Poor sleep can have many causes including those I've already mentioned, but also blood sugar imbalances, hormonal imbalances, brain-based issues, and more.

Ask my office for more advice on improving your sleep.