Mystery symptoms? It could be an autoimmune reaction. 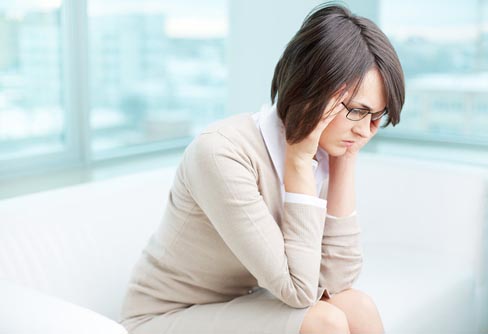 Do you have chronic, mysterious symptoms that drag your life down but your lab tests come back normal? You may have an autoimmune reaction, a disorder in which your immune system attacks and destroys a part of your body.

Autoimmunity can strike any tissue or compound in the body and symptoms will vary based on the part of the body attacked. However, people with autoimmunity have many symptoms in common:

Medicine has yet to fully recognize autoimmunity

Identifying autoimmunity can bring considerable relief. It validates you are not lazy, crazy, or that it’s all in your head, as many people struggling with autoimmunity feel.

Autoimmunity has exploded in incidence in recent years and neither medicine nor society fully accepts it unless it is at its most severe, end stages. Autoimmunity can slowly undermine your health and quality of life for years of decades before it is medically recognized.

This leaves those with autoimmunity alone in their struggle, wondering what’s wrong and why no one will acknowledge their suffering. Identifying autoimmunity with proper testing provides solid proof for the fatigue that keeps you pinned to the couch, chronic pain, unexplainable weight gain or loss, depression, poor brain function, and other symptoms.

You can identify autoimmunity by screening for antibodies against a particular tissue with a blood test. Antibodies are proteins made by the immune system that attach to the affected tissue to tag it for destruction. You can screen for antibodies to thyroid tissue, joint tissue, brain tissue, the pancreas, and other tissues in the body.

For instance, the book Why Do I Still Have Thyroid Symptoms? talks about screening for Hashimoto’s, an autoimmune thyroid disease, by running antibodies against thyroid peroxidase (TPO), the enzyme that is a catalyst for thyroid hormone production, and thyroglobulin (TGB), a protein involved in thyroid hormone production. If those come back positive then you know autoimmunity is responsible for weight gain, depression, fatigue, constipation, cold hands and feet, and more.

Screening for individual autoimmune reactions is difficult and costly and conventional medicine does not offer treatments to manage autoimmunity until it is in more severe stages. This is why doctors don’t screen for it more routinely. Also, many types of autoimmunity are still considered obscure. The average doctor will not think to test for autoimmunity the brain, the adrenal glands, the ovaries, or bladder muscle, even though these autoimmune disorders are more common than people realize.

Fortunately, we now have a lab test called the Array 5 Multiple Autoimmune Reactivity Screen through Cyrex Labs, that screens for antibodies to 24 different tissues at once much more affordably than running them individually. It can help both the patient and practitioner understand what is causing symptoms.

A positive (or equivocal) response indicates the immune system is tagging that particular tissue for destruction. However, it’s important to know that a positive result does not necessarily mean you have autoimmune disease. It could indicate your body is in the early stage of autoimmunity, which may be silent or causing less severe symptoms. By following autoimmune management protocols you may be able to keep it in a silent or less severe stage
indefinitely.

To learn more about your chronic symptoms of how to manage your autoimmunity, contact my office.